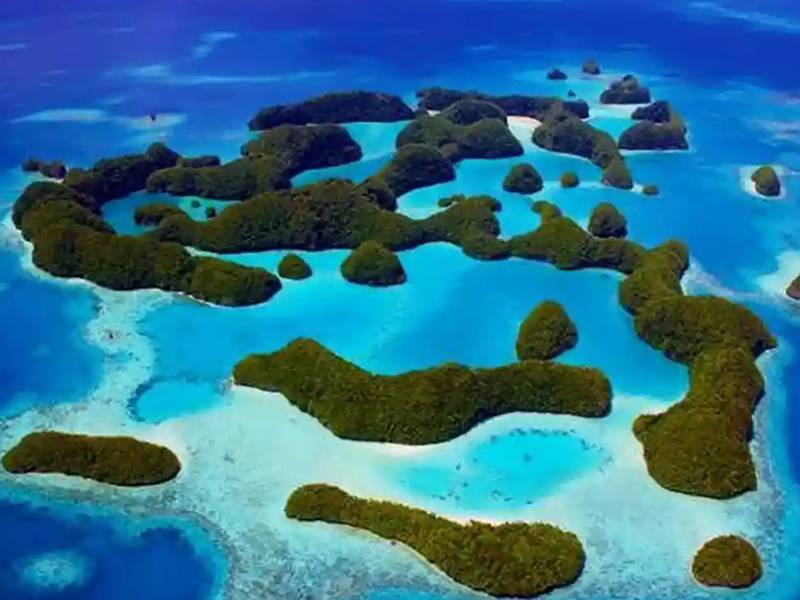 The tiny Pacific island nation of Palau has introduced a new law requiring visitors to sign a pledge not to harm the environment before entering the country.

The pledge will be stamped into the passports of international arrivals from this month.

Visitors will be required to sign before proceeding through immigration, making a formal promise to the children of Palau to “preserve and protect your beautiful and unique island home”, and to “tread lightly, act kindly and explore lightly”.

It’s the first time such a pledge has been written into a country’s immigration policies, but Palau has long been vocal about the environment.

The country has already reported larger tides and an increase in severe tropical storms. The sea level around its 700 islands has risen by about 9mm a year since 1993, almost three times the global average rate.

President Tommy Remengesau is a vocal environmental campaigner. He told a United Nations climate forum in 2014 that if the world failed to act to curb its carbon emissions, “our global warming doomsday is already set in stone”.

In 2015 Palau created the world’s sixth-largest marine sanctuary, protecting 80% of its maritime territory, an area of tuna-rich ocean the size of California, from both fishing and oil drilling.

Remengesau said he hoped that requiring visitors to sign a pledge to protect the environment would create a cultural shift among tourists and make them aware of the fragility of the environment.

“While Palau may be a small-island nation, we are a large ocean-state and conservation is at the heart of our culture,” he said. “We rely on our environment to survive and if our beautiful country is lost to environmental degradation, we will be the last generation to enjoy both its beauty and life-sustaining biodiversity.”

Remengesau said he hoped the move would have a global impact. It has received the public backing of actor Leonardo DiCaprio, who met with Remengesau in Palau in 2015 and featured the island nation in his climate change documentary Before The Flood.

“Human impact on our earth’s environment is one of the biggest challenges facing our world today,” Remengesau said. “As a small country we feel the impact of these actions acutely. We hope that the Palau Pledge raises global awareness of the responsibility that this generation has to the next.”